As I was left quite alone, I thought the best thing I could do was to lay out the table with every sort of eatable and wine I could find, that at least these National Guards should not eat me, but find something else prepared for them; and I determined in my own mind to give them quietly everything they asked for, and let them see I did not fear them in the least. And then I waited with the utmost resignation to hear cries for help through the streets.

At last the sound of spurred footsteps and clinking swords echoed along the corridor, but no noise of swearing; au contraire, a very polite double knock at the door. In my terror or flurry, however, I had no power to say, Come in. But do not imagine they broke in the door with their muskets—not at all, they only repeated the knock and waited till I gave permission, in a trembling voice—expecting at least six dog-faced Tartars to enter, with square heads and skin caps—beards down to their girdles, and dressed in bear-hides with leather sacks over their shoulders to thrust their plunder into, and covered all over with pistols and knives, as I have heard mamma describe them. But conceive my surprise when, instead of all this, two young officers walked in, one fair and the other dark, but very well-dressed and just like other people.

They wore small fur cloaks across their shoulders, and under this a tight-fitting attila—no idea of skins or square heads; indeed, the dark one was quite a handsome youth. Their first action was to beg pardon for any inconvenience they might cause, to which I replied that I considered it no inconvenience whatever, and was ready to serve them in any way they wanted.

The dark youth, glancing at the table, could scarcely refrain from a smile, which embarrassed me extremely, as I thought he must have supposed I had prepared all this on purpose for him. At last the other relieved my embarrassment by thanking me politely for my proffered services, and only begged I would show them an apartment where they could take some rest, as they were very tired, not having slept in a bed for six weeks, or lain down at all for two days. Poor creatures! I quite pitied them—not to have slept in a bed for six weeks! 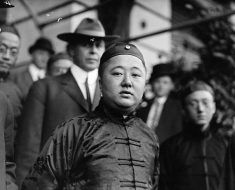 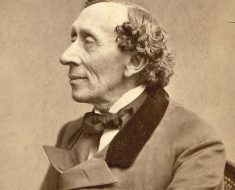