David Pinski was born in Russia, but lived chiefly abroad, first in Germany, later in the United States and in Israel. He was preeminent as a dramatist and writer of stories. An artist of great culture and a finished stylist, he found in the proletariat the subject-matter of many of his plays and stories. His volume of Tales Temptations, was once “censored” by the New York Society for the Suppression of Vice, on what grounds it still remains to be discovered.

In the Storm, which appears in temptations, is one of the most effective and highly finished examples of the Yiddish short story.

Reprinted, in the translation by Isaac Goldberg, from temptations, published by Brentano’s, 1920, by whose permission it is here used.

A pious woman told it to me as a warning to sinners, to the young, to the modems.

Black clouds began to fleck the clear sky. Dense, heavy storm clouds. At first far off, beyond the forest, but very soon they darkened the whole sky over the village. A violent wind lashed and drove them on, and they sped under its whip, angry and sullen, menacing. The wind— a tornado—raged in all the consciousness of its formidable power, raising pillars of dust as high as the driven clouds, tearing off roofs and uprooting trees.

Terror had descended upon the village. Bright day had of a sudden turned to night, such as well befitted the Sabbath of Repentance, the Sabbath before the Day of Atonement. … As frightfully dark, as oppressively heavy as a pious Jew’s heart.

Folks shut themselves up in their houses, fastening windows and locking doors. The earnest faces of the penitent Jews became still more earnest. The depressing moods of the Sabbath of Repentance waxed still more depressing. God was scolding. The sad voices of the psalm- singers became deeper and more tearful.

The darkness grew blacker and blacker. Then old Cheyne raised her eyes from the psalms, looked through her spectacles into the street, uttered “Au-hu!” with trembling heart and heaved a sigh.

For a while she sat gazing outside. She shook her head. Her whole soul was full of God’s omnipotence.

It refused to grow lighter. The clouds passed by in endless procession, and the wind howled, whirling thick pillars of dust in its path.

She could recite psalms no longer. She removed her spectacles and placed them between the pages of her thick woman’s prayer-book, rose from her seat and went into her daughter’s room.

She did not conclude her question. Her daughter was not there. The old woman surveyed the room, looked into the kitchen, then returned to the room. Her daughter’s bonnet was not in its place. With quivering hands she opened the closet. The jacket was missing!

Tags: In the Storm 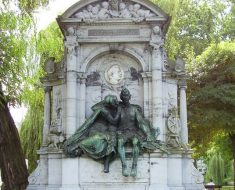 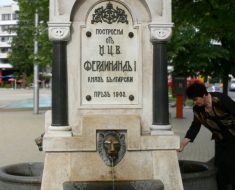