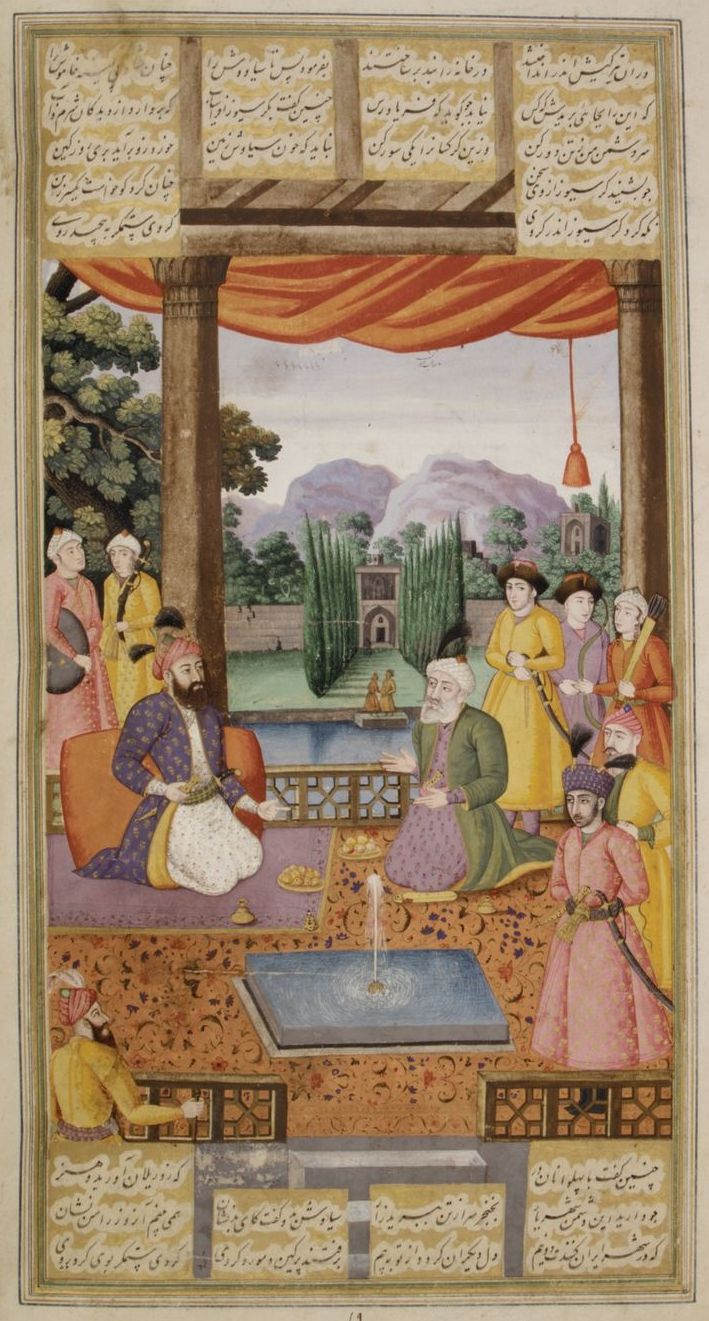 “Perhaps, if you reveal it,” said Arnawaz, “we may find a remedy, for no ill exists that has not its remedy.” The king was persuaded by this, and told what he had seen in his dream. “This is not a matter that you may neglect,” exclaimed the queen on hearing it. “Summon from every country the sages that can read the stars, examine all sources, and seek thus to learn the secret. Discover what he is whose hand threatens you; man, div, or peri; and when you know, then immediately apply your remedy.” And the king approved the counsel of this silver swan.

The world, plunged in night, was black as a raven`s wing; suddenly light dawned upon the mountains as though the sun had scattered rubies upon the azure of the firmament. Wherever there were wise counselors the king sought them out and assembled them in his palace, where he told the whole company of his trouble, and sought their advice.

The lips of the noblemen were dried with fear, their cheeks paled, and their hearts filled with anguish. “For,” said each to himself; “if we disclose what must happen, he will die, and if we remain silent, then we must bid adieu to life.” Thus they remained hesitating for three days. And on the fourth day, Zuhak assembled them again and in rage asked for their counsel, and menaced them with death if they withheld from him their knowledge of the future.

At length there stood out from among the noble counselors one who was their chief, whose conduct was upright and whose heart was filled with wisdom. He loosened his tongue before Zuhak, and spoke thus: “Empty thine heart of vain hope, for no one is born save to die. There have been many kings before you worthy of the throne of power, they saw much of grief and much of joy; and, when their long days had flowed past, they died.

Were you a rampart of iron securely founded, the turn of the skies would break you too, and you would disappear. There will be some one who will inherit your throne and will overturn your fortunes. His name is Faridun, but he is not yet born, and the time to fear him is not yet. He will grow like a tree destined to bear fruit, and when he has reached manhood his head will touch the moon. Then he will demand your girdle and your crown, your throne and your diadem. He will carry upon his shoulder a club of steel, and with his bull-headed mace he will strike you and drag you from your palace.”