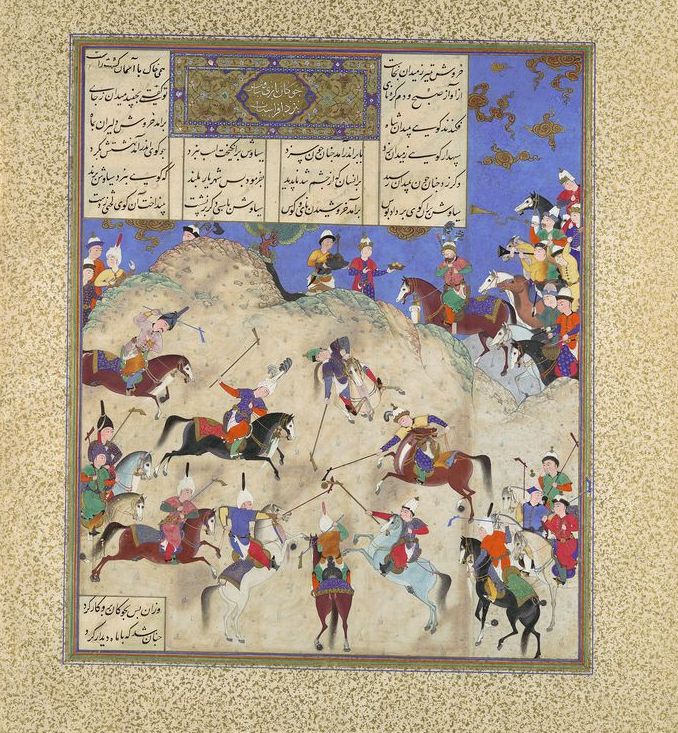 “What reason has he for hating me?” cried out the impure Zuhak.

“Because his father will die at your hands.”

The king heard and thought on this, fell from his throne, and swooned away. When his senses returned to him, he mounted again upon his throne and sent out searchers, both secret and public, to seek for traces of Faridun. He sought no rest or sleep or food, and bright day became gloomy to him.

Thus passed a long space of time, while the serpent-man remained prey to his terror. Faridun was born, and the lot of the whole world was thereby destined to change. The youth grew up like a cypress, and he was resplendent with all the glory of majesty. He was like the shining sun, as needful to the world as rain, ah adornment to the mind like knowledge. Zuhak filled the earth with sound and fury, searching everywhere for Faridun son of Abtin. The earth became straitened for Abtin, who fled and struggled; but he was finally caught in the lion`s net.

Meantime Faridun was well secured by his mother, and was safe. The king ceased not night or day to be in anguish concerning him. One day he seated himself on his ivory throne, and, putting his crown upon his head, summoned all his nobles. To them he spoke thus: “O you men of virtue, noble and prudent, I have a hidden enemy, as all men know. I despise no enemy however feeble, for I fear lest fortune betray me. I must increase my army, and will have it of men, divs, and peris. I desire you to aid me, for I cannot bear my torment alone.

You must write tor me a declaration that as king I have sown nought but the seed ot good, that I have spoken nought save the words of truth, that I have never frustrated justice.” All the noblemen, in fear of the king, consented to his demand, and all, old and young, declared what the serpent-man desired.

But suddenly at the gate of the palace was heard the voice of one crying out for justice. The complainant was brought before the king, who asked who had done him wrong. The man cried out, struck his head with his hands on seeing the monarch, and said: “I am Kawa, O king; I demand justice. Grant me justice. I have come in haste` and it is you whom I accuse in the bitterness of my heart. I had seventeen sons, and now there remains but one.