As for his cousin, the moment she had seen how handsome and valiant Khaled was, she fell violently in love with him. She was unable to sleep; she could not eat; and her love drew to such a pitch that feeling her heart completely lost to him, she spoke to her mother, saying: “Oh, mother, if my cousin should leave without taking me with him, I shall die of grief at his absence.”

Then her mother was touched with pity for her, and spoke no reproaches, feeling that they would be in vain. “Djaida,” she said, “conceal your feelings, and restrain yourself from grief. You have done nothing wrong, for your cousin is the man of your choice, and is of your own race and blood. Like him, you are beautiful and attractive; like him, brave and skilful in horsemanship. Tomorrow morning, when his mother comes to us, I will lay before her the whole matter; we will soon afterwards give you to him in marriage, and at last we shall all return to our own country.”

Zahir’s wife waited patiently until the following morning, when Khaled’s mother arrived. She then presented her daughter, whose head she uncovered so as to allow the hair to fall over her shoulders. At the sight of such charms Khaled’s mother was immeasurably astonished, and exclaimed: “What! is not this your son Djonder?” “No! it is Djaida —behold, the moon of beauty! She at last has risen.” She then went on to tell her all that had passed between herself and her husband, and how and why they had concealed the sex of their child.

“Dear kinswoman,” answered Khaled’s mother, still quite surprised, “among all the daughters of Arabia who have been famed for their beauty I have never seen one more lovely than this one. What is her name?” “I have already told you that her name is Djaida, and my special purpose in telling you the secret is to offer you these charms, for I ardently wish to marry my daughter to your son, so that we may all be able to return to our own land.” Khaled’s mother at once assented to this proposal, and said: “The possession of Djaida will surely render my son very happy.”

She rose immediately and went to look for Khaled, and told him all that she had seen and learned, not failing to praise especially the charms of Djaida. “By the faith of an Arab,” said she, “never, oh, son,- have I seen in the desert, or in any city, a girl like your cousin; not even the most beautiful. Nothing is so perfect as she, nothing lovelier and more attractive. Hasten, my son, to see your uncle and ask him for his daughter in marriage. You will be happy indeed if he grants your prayer. Go, my son, and waste no time in winning her.” 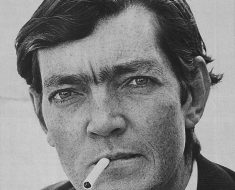 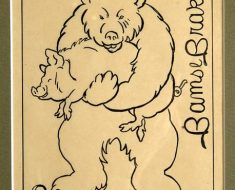