When they separated neither one was hurt, and none could say which was the victor. Thus Djaida, while rousing the admiration of the spectators, perceived the annoyance they felt on finding their chief equaled in fight by so skilful an opponent.

Khaled ordered his antagonist to be treated with every care and honor, and then retired to his tent, his mind filled with thoughts of this conflict. Djaida remained for three days at her cousin’s dwelling-place. Every morning she presented herself on the field of combat and remained under arms until the fall of night. She enjoyed it greatly, still keeping her identity concealed, whilst Khaled, on the other hand, made no inquiries, and asked no questions of her, as to who she was and to what clan she might belong.

On the morning of the fourth day, while Khaled, according to his custom, rode out over the plain, and passed close to the tents reserved for strangers, he caught sight of Djaida mounting her horse. He saluted her, and she returned his salute.

“Noble Arab,” said Khaled, “I would ask you one question. Until this moment I have failed in courtesy to-wards you, but I now beg of you in the name of that God who has given you such great dexterity in arms, tell me who you are, and to what noble princes are you allied? For I have never met your equal among brave warriors.

Your own cousin Djaida

Answer me, I beseech you, for I am most impatient to learn.” Djaida smiled, and raising her visor, made answer: “Khaled, I am a woman, not a warrior. I am your own cousin Djaida, who offered herself to you, and desired to give herself to you; but you refused her—from the pride you felt in your passion for arms.” As she spoke she turned her horse suddenly, pressed the spurs into him, and galloped off at full speed in the direction of her own country.

Khaled, covered with confusion, withdrew to his tent, not knowing what to do, and not knowing what would be the end of the passionate love which he suddenly felt surging within him. He was seized with a violent disgust for all his warlike habits and tastes, which had reduced him to the melancholy plight in which he now found himself.

His distaste for women was suddenly changed into love. He sent for his mother and recounted to her all that had occurred. “My son,” said she, “all these circumstances ought to render Djaida still dearer to you. Wait patiently a little, until I have been able to go and ask her hand of her mother.” 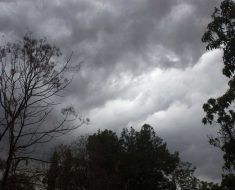 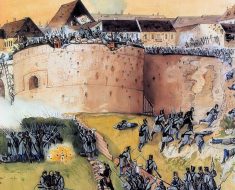