August Strindberg, born of a poor and humble family, is one of the most celebrated figures in modern European literature. He engaged in many professions during his youth, and was a writer of plays, novels, scientific and philological works, and stories. He was one of the chief innovators in the modern Naturalistic movement. His powerful studies of contemporary life are personal and psychological interpretations of society according to his own peculiar philosophy.

Love and Bread is typically Strindbergian in its cynicism. The present anonymous translation was published in SHORT STORY CLASSICS. Copyright, 1907, by P. F. Collier & Son, by whose permission it is here reprinted.

When young Gustaf Falk, the assistant councilor, made his ceremonial proposal for Louise’s hand to her father, the old gentleman’s first question was: “How much are you earning?”

“Not more than a hundred kroner a month. But Louise—”

“Oh, but, Louise and I love each other so dearly! We are so sure of one another.”

“Very likely. However, let me ask you: is twelve hundred a year the sum total of your resources?”

“We first became acquainted at Lidingo.”

“Do you make anything besides your government salary?” persisted Louise’s parent.

“Well, yes, I think we shall have sufficient. And then, you see, our mutual affection—”

“Yes, exactly; but let’s have a few figures.”

“Oh,” said the enthusiastic suitor, “I can get enough by doing extra work!”

“What sort of work? And how much?”

“I can give lessons in French, and also translate. And then I can get some proofreading.”

“How much translation?” queried the elder, pencil in hand.

“I can’t say exactly, but at present I am translating a French book at the rate of ten kroner per folio.”

“How many folios are there altogether?”

“About a couple of dozen, I should say.”

“Very well. Put this at two hundred and fifty kroner. Now, how much else?”

“What, you are not certain, and you intend to marry? You seem to have queer notions of marriage, young man! Do you realize that there will be children, and that you will have to feed and clothe them, and bring them up?”

“But,” objected Falk, “the children may not come so very soon. And we love each other so dearly, that—”

“That the arrival of children may be prophesied quite safely.” Then, relenting, Louise’s father went on: 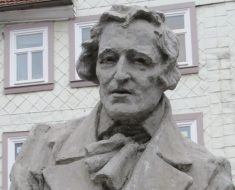 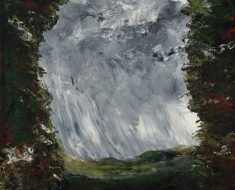