The exhausted and famished tenor sings to the capon hanging outside an upper window, as he inhales the appetizing aroma of the roast cooking in the kitchen on the ground floor, and while he scratches and scrapes his violin a dog sets up a howl, boys stand and jeer, and the curious rise from the table and with mouths full appear at the windows.

Alas! alas! what cruel contrasts and what bitter ironies! The tightened heartstrings respond with the one pitiful note, “The penny for food.”

Instead of experiencing a feeling of irritation at all these discordant voices and all these instruments of auricular torment, my heart turned in unconscious admiration toward this superhuman art which is the refuge of derelict creatures too old or not old enough to work; toward this much-outraged melody which obtains for unfortunate humanity the crust of bread, otherwise sought often in vain from the charity of fellowman, and which although offending the ear gives compensation by recalling vague memories and awakening in the heart echoes of other harmonies.

It is often the sufferer’s sole means of convening to us the knowledge of those miseries of which we are either ignorant or from which we turn away our heads when the appeal is mute.

There sometimes came to me at night in one confused mass all the thousands of tunes which I had heard in the court these many years. They shook and rattled the window-panes like a musical tempest, and seemed to be the combined voices of all humanity which suffers, and of all the unfortunates who, nailed to the cross of destiny, live in pain and die in desperation.

A blind youth sang in a thin but pleasing tone a mournful ballad which had for its refrain “Ma la voce, la voce la so,” (“but the voice, yes, I know the voice”) and told how a lover had lost his loved one, but how, after death, her voice had continued to reverberate in his heart like a perpetual echo.

Did the poor mendicant singer who flung his melody through an open window conceive the thoughts which were awakened, like a voice calling from the past in the mind of an invisible listener? Did he imagine for a moment that behind the blank wall was one who sighed, and who, when he bade the poor singer be silent and depart, hastened to recall his words and secretly to throw him a piece of money that he might repeat the song and might even come another time to awaken once more the sad memory of a voice vibrating with a thousand echoes through an overflowing heart? 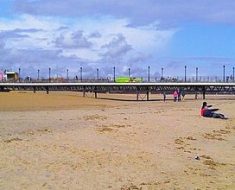 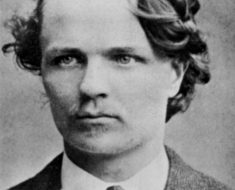