The Princes’ Isles is an area where the natura is best preserved in Istanbul.

Buyukada; the island of monks retired into seclusion, the center of Adalar district, the biggest of the nine islands is a big island as its Turkish name refers, famous with being a land where people of all religions gather for wishing and praying. On the certain days at the monasteries and churches decorating its hills, drink Aya Yorgi (St. George) wines and where there are no motor vehicles if you ignore the ones “official use” whose number has increased up to the limits of patience recently, with its pavilions, Anadolu Kulubu, hundreds of phaetons, thousands of bicycles with plate numbers.

Taking one of its old names from the exiled princes and the other from the monks that prefer here to retire into I seclusion, now they are now simply called The Princes’ Isles (Adalar). It used to be Papadonissia, perhaps the qualities that had formed their former names are the matter of history now, Kmahada, Burgazada, Kasikadasi, Heybeliada, Buyukada, Sedefadasi are the islands that are lined parallel to the shore. The majority of their population are minorities such as Armenian, Greek, Jewish and recently Syrian Christians. Tavsanadasi, Yassiada and Sivriada are located further behind.

It is unclear whether it ever used to be so, but the ferries to the islands (ada vapuru) are no longer as pompous as mentioned in the lyrics of a Turkish song. Especially the ones prefer the weekend must be ready for a noisy journey dripping with sweat, due to the crowd. Thus it is recommended to prefer the working days of the week and spring or autumn. On the other hand, Adalar is still a wonderful, almost without any alternative for the tastes of nostalgia such as breakfasts with Easter cake, walking with your lover on “asiklar yolu” (the lovers’ road). Renting a boat in the full moon for phosphorescence tours in the sea, showing yourself in the evenings around the port, watching the movies in the open air cinema while eating sunflower seed, drinking wine accompanied by delicious mezes in a fish restaurant; picnics with raid in the tea-glass, pajamas and swing.

The five and twelve kilometer phaeton tours are the easiest and the most enjoyable way of exploring Buyukada. Those who have never tried the phaeton before, must definitely try it once. Another way as enjoyable as this one is renting a bicycle from one of the rent-a-bike you can find in the islands. The only alternative left for those who do not want the former ways is walking. Especially, the walks up to Aya Yorgi through the historical pavilions with well-cared gardens are recommended. There are nine Greek-Orthodox, an Armenian and a Latin churches as well as a Jewish synagogue. There are extremely nice picnic areas, countryside restaurants with magnificent panorama, fish restaurants and beaches you can swim. 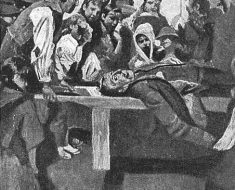 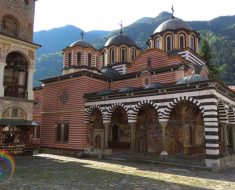