Ever since Shan-hu had been sent away, Ta-ch’eng’s mother had been endeavoring to get him another wife; but the fame of her temper had spread far and wide, and no one would entertain her proposals. In three or four years Erh-ch’eng had grown up, and he had to be married first. His wife was a young lady named Tsang-ku, whose temper turned out to be something fearful, and far more ungovernable even than her mother-in-law’s. When the latter only looked angry, Tsang-ku was already at the shrieking stage; and Erh-ch’eng, being of a very meek disposition, dared not side with either.

Thus it came about that Mrs. An began to be in mortal fear of Tsang-ku; and whenever her daughter-in-law was in a rage she would try and turn off her anger with a smile. She seemed never to be able to please Tsang-ku, who in her turn worked her mother-in-law like a slave, Ta-ch’eng himself not venturing to interfere, but only assisting his mother in washing the dishes and sweeping the floor. Mother and son would often go to some secluded spot, and there in secret tell their griefs to one another; but before long Mrs. An was stretched upon a sick-bed with nobody to attend to her except Ta-ch’eng. He watched her day and night without sleeping, until both eyes were red and inflamed; and then when he went to summon the younger son to take his place, Tsang-ku told him to leave the house. Ta-ch’eng now went off to inform Mrs. Yii, hoping that she would come and assist; and he had hardly finished his tale of woe before Shan-hu walked in.

In great confusion at seeing her, he would have left immediately had not Shan held out her arms across the door; whereupon he bolted underneath them and escaped. He did not dare to tell his mother, and shortly afterwards Mrs. Yii arrived, to the great joy of Ta-ch’eng’s mother, who made her stay in the house. Every day something nice was sent for Mrs. Yii, and even when she told the servants that there was no occasion for it, she having all she wanted at her sister’s, the things still came as usual. However, she kept none of them for herself, but gave what came to the invalid, who gradually began to improve. Mrs. Yii’s grandson also used to come by his mother’s orders, and inquire after the sick lady’s health, besides bringing a packet of cakes and so on for her. “Ah, me!” cried Mrs. An, “what a good daughter-in-law you have got, to be sure. What have you done to her?” 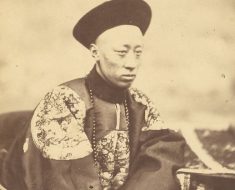 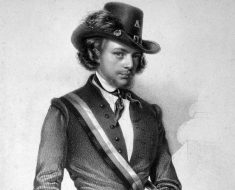