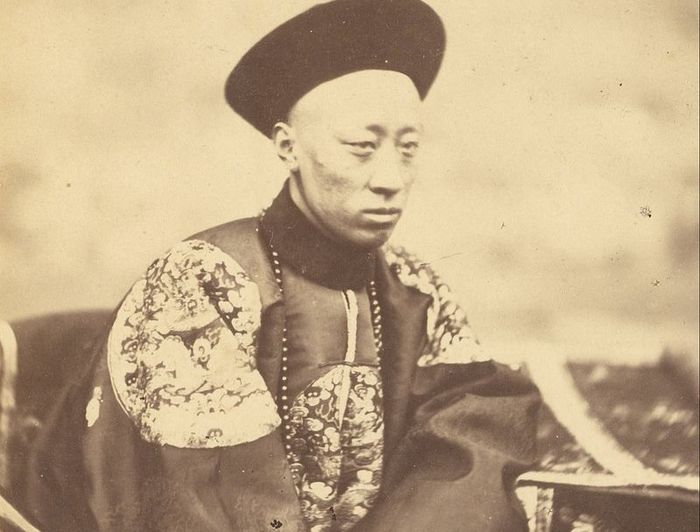 “What sort of a person was the one you sent away?” asked her sister in reply. “She wasn`t as bad as some one I know of,” said Mrs. An, “though not so good as yours.” “When she was here you had but little to do,” replied Mrs. Yii; “and when you were angry she took no notice of it. How was she not as good?” Mrs. An then burst into tears, and saying how sorry she was, asked if Shan-hu had married again; to which Mrs. Yii replied that she did not know, but would make inquiries. In a few more days the patient was quite well, and Mrs. Yii proposed to return; her sister, however, begged her to stay, and declared she should die if she didn`t.

Mrs. Yii then advised that Erh-ch`eng and his 7 wife should live in a separate house, and Erh-ch`eng spoke about it to his wife; but she would not agree, and abused both Ta-ch`eng and Mrs. Yii alike. It ended by Ta-ch`eng giving up a large share of the property, and ultimately Tsang-ku consented, and a deed of separation was drawn up. Mrs. Yii then went away, returning next day with a sedan-chair to carry her sister back; and no sooner had the latter put her foot inside Mrs. Yii`s door, than she asked to see the daughter-in- law, whom she immediately began to praise very highly.

“Ah,” said Mrs. Yii, “she`s a good girl, with her little faults like the rest of us; but even if your daughter-in-law were as good as mine, you would not be able to appreciate her.” “Alas!” replied her sister, “I must have been as senseless as a statue not to have seen what she was.” “I wonder what Shan-hu, whom you turned out of doors, says of you?” rejoined Mrs. Yii. “Why, she swears at me, of course,” answered Mrs. An. “If you examine yourself honestly and find nothing which should make people swear at you, is it at all likely you would be sworn at?” asked Mrs. Yii. “Well, all people are fallible,” replied the other, “and as I know she is not perfect, I conclude she would naturally swear at me.”

“If a person has just cause for resentment, and yet does not indulge that resentment, it is obvious how he will repay kindness; or if any one has just cause for leaving another and yet does not do so, it is obvious how he will act under good treatment. Now, all the things that were sent when you were ill, and all the various little attentions, did not come from my daughter-in-law, but from yours.” Mrs. An was amazed at hearing this, and asked for some explanation; whereupon Mrs. Yii continued, “Shan-hu has been living here for a long time.

Everything she sent to you was bought with money earned by her spinning, and that, too, continued late into the night.” Mrs. An here burst into tears, and begged to be allowed to see Shan-hu, who came in at Mrs. Yu`s summons, and threw herself on the ground at her mother-in-law`s feet. Mrs. An was much abashed, and beat her head with shame; but Mrs. Yii made it all up between them, and they became mother and daughter as at first. In about ten days they went home, and, as their property was not enough to support them, Ta-ch`eng had to work with his pen while his wife did the same with her needle.