Shan-hu was the next to go, and she found the hole full of silver bullion; and then Ta-ch’eng repaired to the spot and saw that there was no mistake about it. Not thinking it right to apply this heirloom to his own private use, he now summoned Erh-ch’eng to share it; and having obtained twice as much as was necessary to redeem the estate, the brothers returned to their homes. Erh-ch’eng and Tsang-ku opened their half together, when lo! the bag was full of tiles and rubbish. They at once suspected Ta- ch’eng of deceiving them, and Erh-ch’eng ran off to see how things were going at his brother’s.

He arrived just as Ta-ch’eng was spreading the silver on the table, and with his mother and wife rejoicing over their acquisition; and when he had told them what had occurred, Ta- ch’eng expressed much sympathy for him, and at once presented him with his own half of the treasure. Erh-ch’eng was delighted, and paid off the mortgage on the land, feeling very grateful to his brother for such kindness. Tsang-ku, however, declared it was a proof that T a-ch’eng had been cheating him; “for how otherwise,” argued she, “can you understand a man sharing anything with another, and then resigning his own half?”

Erh-ch’eng himself did not know what to think of it; but next day the mortgagee sent to say that the money paid in was all imitation silver, and that he was about to lay the case before the authorities. Husband and wife were greatly alarmed at this, and Tsang-ku exclaimed, “Well, I never thought your brother was as bad as this. He’s simply trying to take your life.” Erh-ch’eng himself was in a terrible fright, and hurried off to the mortgagee to entreat for mercy; but as the latter was extremely angry and would hear of no compromise, Erh-ch’eng was obliged to make over the property to him to dispose of himself. The money was then returned, and when he got home he found that two lumps had been cut through, showing merely an outside layer of silver, about as thick as an onion-leaf, covering nothing but copper within.

Tsang-ku and Erh-ch’eng then agreed to keep the broken pieces themselves, but sent the rest back to Ta-ch’eng, with a message, saying that they were deeply indebted to him for all his kindness, and that they had ventured to retain two of the lumps of silver out of compliment to the giver; also that the property which remained to them was still equal to Ta-ch’eng’s, that they had no use for much land, and accordingly had abandoned it, and that Ta-ch’eng could redeem it or not as he pleased. Ta-ch’eng, who did not perceive the intention in all this, refused to accept the land; however, Erh- ch’eng entreated him to do so, and at last he consented. When he came to weigh the money, he found it was five ounces short, and therefore bade Shan-hu pawn something from her jewel-box to make up the amount, with which he proceeded to pay off the mortgage. 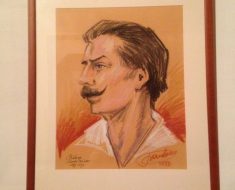 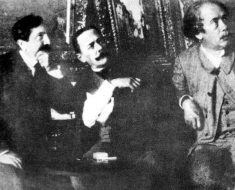