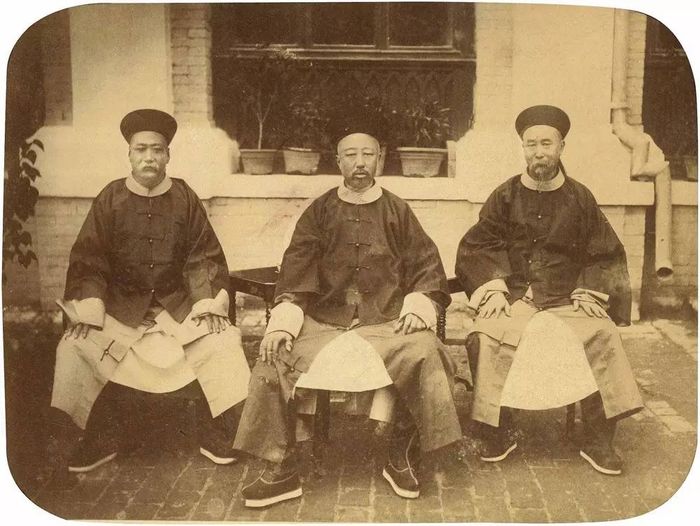 The mortgagee, suspecting it was the same money that had been offered him by Erh-ch`eng, cut the pieces in halves, and saw that it was all silver of the purest quality. Accordingly he accepted it in liquidation of his claim, and handed the mortgage back to Ta-ch`eng. Meanwhile, Erh-ch`eng had been expecting some catastrophe; but when he found that the mortgaged land had been redeemed, he did not know what to make of it. Tsang-ku thought that at the time of the digging Ta- ch`eng had concealed the genuine silver, and immediately rushed off to his house, and began to revile them all round. Ta-ch`eng now understood why they had sent him back the money; and Shan-hu laughed and said, “The property is safe; why, then, this anger?” Thereupon she made Ta-ch`eng hand over the deeds to Tsang-ku.

One night after this Erh-ch`eng`s father appeared to him in a dream, and reproached him, saying, “Unfilial son, unfraternal brother, your hour is at hand. Wherefore usurp rights that do not belong to you?” In the morning Erh-ch`eng told Tsang-ku of his dream, and proposed to return the property to his brother; but she only laughed at him for a fool. Just then the eldest of his two sons, a boy of seven, died of smallpox, and this frightened Tsang-ku so that she agreed to restore the deeds. Ta-ch`eng would not accept them; and now the second child, a boy of three, died also; whereupon Tsang-ku seized the deeds, and threw them into her brother-in-law`s house. Spring was over, but the land was in a terribly neglected state; so Ta-ch`eng set to work and put in in order again.

From this moment Tsang-ku was a changed woman towards her mother- and sister-in-law; and when, six months later, Mrs. An died, she was so grieved that she refused to take any nourishment. “Alas!” cried she, “that my mother-in-law has died thus early, and prevented me from waiting upon her. Heaven will not allow me to retrieve my past errors.” Tsang-ku had thirteen children, but as none of them lived, they were obliged to adopt one of Ta- ch`eng`s, who, with his wife, lived to a good old age, and had three sons, two of whom took their doctor`s degree. People said this was a reward for filial piety and brotherly love.