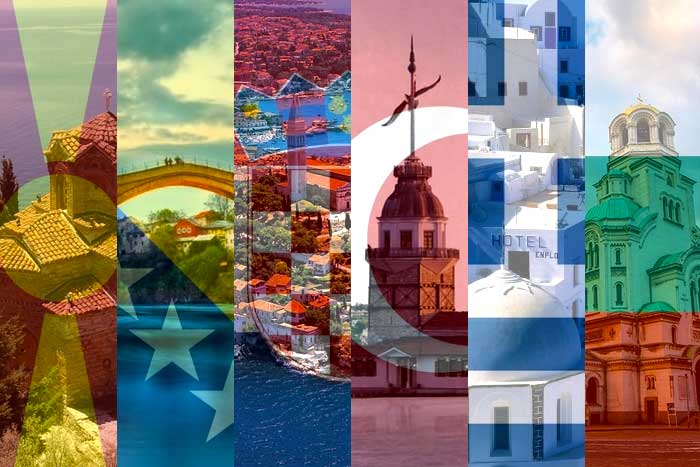 Bulgaria is part of the Balkan Peninsula and is also marked with its difficult destiny. For that we made tour packages Balkan in different variations. Our wish is to make you breathe the air and feel the atmosphere of this interesting place, the Balkans.

American captain Fox talks about the `complicated Balkans`. We can only blame the position of the peninsula for the Balkan countries` political destiny. Due to Balkans’ central location in Europe and the fact that they served as a bridge towards Asia; Balkans suffer the strong after-effect of every whim that Europe and the world had. Balkans were doomed to stand in the path of the greatest racial movements. The Balkans are full of surprises. They never fail to bring interesting stories.

Balkans are the cradle of ancient civilizations like the Hellenic and the Thracian ones. They are a mixture of races and beliefs, qualified by many as `explosive`.

Open the tour packages Balkan and enjoy their gifts

For we are a Bulgarian company located in the very centre of the country, Kazanlak (the Valley of the Roses and the Thracian Kings), we like to introduce Bulgaria to you. Bulgaria with its unique nature, atmosphere and cultural heritage. We also like to reveal the different `similarities` among the other countries, part of the jigsaw puzzle called the Balkans.

So, all you need to do is decide that it`s time for you to travel Bulgaria and have your Balkan holiday (tour packages Balkan). We believe that private Balkan tours are a good possibility to sink into the history of the region. It is a general belief that the Balkan Peninsula produces more history than it is capable of consuming.