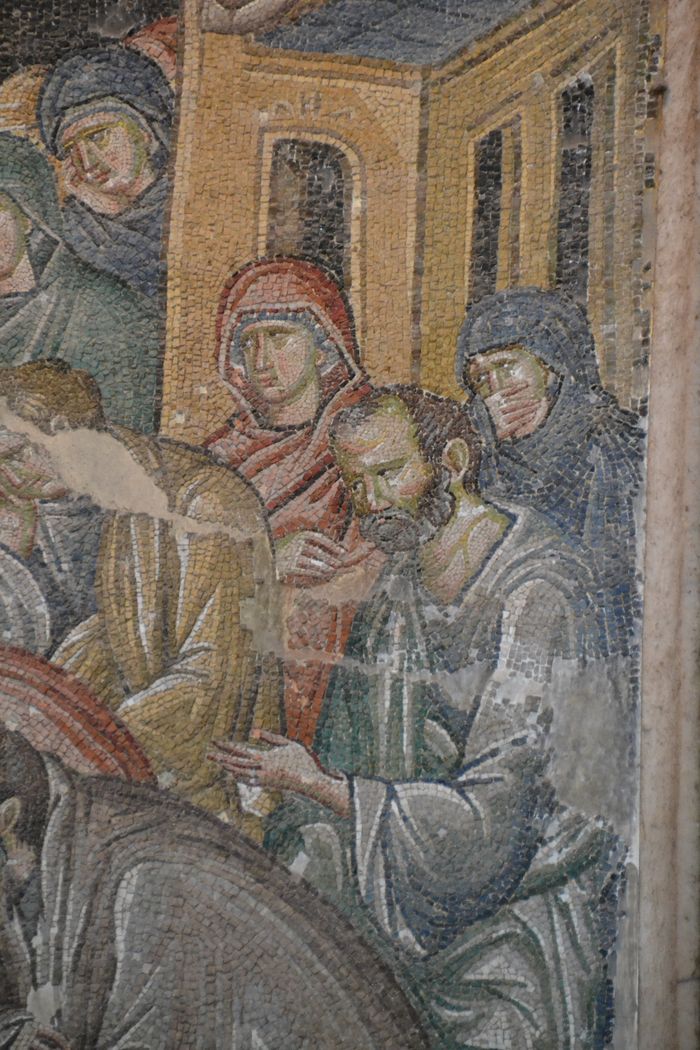 It he is plotting against us, he must be proved guilty in the sight of God and men.” Philocales went away distressed, beating his hands together and calling the Emperor rash. A few hours passed and the Emperor was sleeping peacefully at the Empress’ side, when about the middle watch of the night Diogenes got up, placed his sword under his arm, stepped to the threshold (of the Emperor’s tent) and stood there. For while the Emperor slept, the doors were not bolted nor did a guard keep watch outside – so much for the Emperor’s habits. On his side Nicephorus was at that moment checked in his undertaking by some divine power.

For he saw a maid fanning their Majesties to drive away the mosquitoes from their faces, and ‘was seized with a sudden tremor in all his limbs, while pallor overspread his cheeks,’ as the poet says, and he suspended the murder till another day. This man continued plotting the Emperor’s death without disguise, while the latter was fully aware of what Diogenes had plotted against him for in the morning the maid came to him and related the whole occurrence. Consequently he moved on from that place the next day, and began the journey before him, all the time pretending to know nothing, but so arranging matters about Nicephorus, that, whilst he was on his guard himself, he yet did not give the other any reasonable occasion [for complaint].

When they came into the region of Serres, Constantine Ducas Porphyrogenitus, who was accompanying the Emperor, begged him to come and be his guest at his estate, which was very delightful and well-watered by cool, drinkable springs, and had sufficient rooms for the Emperor’s reception (its name was Pentegostis). The Emperor yielded to his wish and went and stayed with him. But when he wanted to leave next morning the Porphyrogenitus would not allow it, but besought him to wait a little longer until he had recovered from the fatigue of the journey and cleansed his body of dust by bathing. For he had already made preparations for a great banquet; so the Emperor again gave way to the Porphyrogenitus.

Diogenes Nicepborus with his old aspirations after sovereignty heard that the Emperor had bathed and left the bathroom, and as he was ever watching for an opportunity to assassinate him, he girt on his short sword and went into the house as if returning from the chase as usual. However, Taticius, who had long known of his intentions, saw him and pushed him out with the reprimand, “Why do you come in here in this disorderly fashion and wearing your sword? This is the hour for bathing, not for a journey, or the chase or a battle.” So the other retired foiled in his purpose.