VIII Then the Emperor sent for Mouzaces and told him to take other armed men with him and fetch Diogenes from the Great Domestic’s tent and conduct him to his own and keep him safely there though without applying fetters or any other ill-treatment. And Mouzaces instantly executed this command; fetched Diogenes and took him to his own tent. And the whole night through he entreated and exhorted him, but so fax from persuading him he even found him behaving rudely, and consequently grew very angry and was provoked to act contrary to his orders.

For he thought fit to torture him and when he began the torture, Diogenes gave way at the very first touch of pain and asseverated that he would admit everything, so he at once freed him from his chains and sent for a scribe with his style, and the scribe was Gregory Camaterus, who had lately been engaged as under-secretary to the Emperor. And Diogenes related everything in detail and did not even gloss over the attempted murder. In the morning Mouzaces took this written confession, and other papers addressed to Diogenes which he had found on him as a result of search.

The idea of the Emperor’s assassination

From these papers it was evident that the Empress Maria herself had known of Diogenes’ attempted rebellion, though she would not entertain the idea of the Emperor’s assassination even for a moment, but had diligently sought. to divert Diogenes not only from the deed itself, but from the mere thought of it – these papers Mouzaces carried to the Emperor.

He read them through and on finding the names of a number he had suspected written down there – and these were all men of high position – he was at a loss how to act. For of a truth Diogenes never troubled much about the common people, for he had them gaping after him with all their soul and well-disposed to him for a long time; but he had studied to win over all the leading men of the military and political parties.

Now the Emperor determined that the Empress Maria’s connection with this matter should not be brought to light so he really played the part of ‘the man who knows nothing throughout, because of the trust and confidence he had had in her even before he was elected Emperor. It was rumoured everywhere that the Prince Constantine Porphyrogenitus, her son, had informed the Emperor of Diogenes’ plot, though the fact of the matter was not so; for the details of the plot had gradually leaked out from the men who were assisting Diogenes. 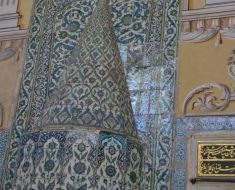 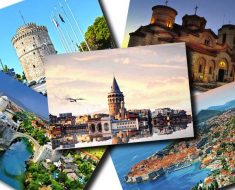