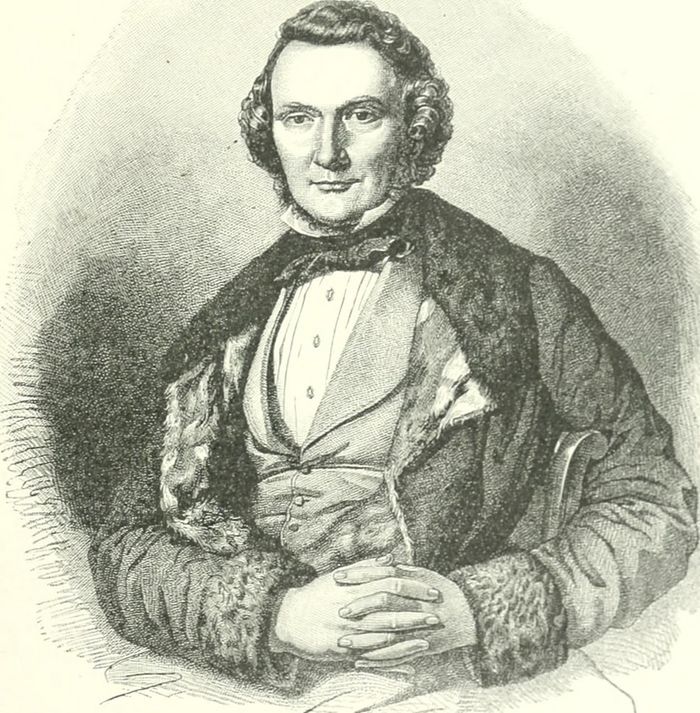 The king, who wanted to save his dear child from harm, sent out an order that all the spindles in the kingdom should be burned. But in the girl the gifts of the wise women were all fulfilled; for she was so beautiful, good, kind, and sensible, that nobody who saw her could help loving her. It happened that just on the day when she was fifteen years old the king and queen were not at home, and the little girl was left quite alone in the castle. Then she went wherever she pleased, looked in the rooms and chambers, and at last she got to an old tower.

She went up the narrow winding stairs, and came to a little door. In the keyhole was a rusty key, and when she turned it the door sprang open, and there in a little room sat an old woman with a spindle, and spun busily her flax. “Good day, Aunty,” said the king`s daughter; `What are you doing there?” “I am spinning,” said the old woman, and nodded.

“What sort of a thing is that that jumps about so gaily?” said the girl. She took the spindle and wanted to spin, too. But she had hardly touched the spindle before the spell was fulfilled, and she pricked her finger with it.

Sleep in the Stalls

At the instant she felt the prick she fell down on the bed that stood there, and lay in a deep sleep. And this sleep spread over all the castle. The king and queen, who had just come home and entered the hall, began to go to sleep, and all the courtiers with them. The horses went to sleep in the stalls, the dogs in the yard, the doves on the roof, the flies on the wall, yes, the fire that was flickering on the hearth grew still and went to sleep. And the roast meat stopped sputtering, and the cook, who was going to take the cook boy by the hair because he had forgot ten something, let him go and slept. And the wind was still, and no leaf stirred in the trees by the castle.

But all around the castle a hedge of briars grew, that got higher every year and at last surrounded the whole castle and grew up over it, so that nothing more could be seen of it, not even the flag on the roof. Hut the story went about in the country of the beautiful sleeping Briar Rose (for so the king`s daughter was called); so that from time to time kings` sons came and tried to get through the hedge into the castle. Hut they could not; for the briars, as though they had hands, clung fast together, and the young men stuck fast in them, could not get out again, and died a wretched death.

Read More about The Shepherdess and the Sweep part 4