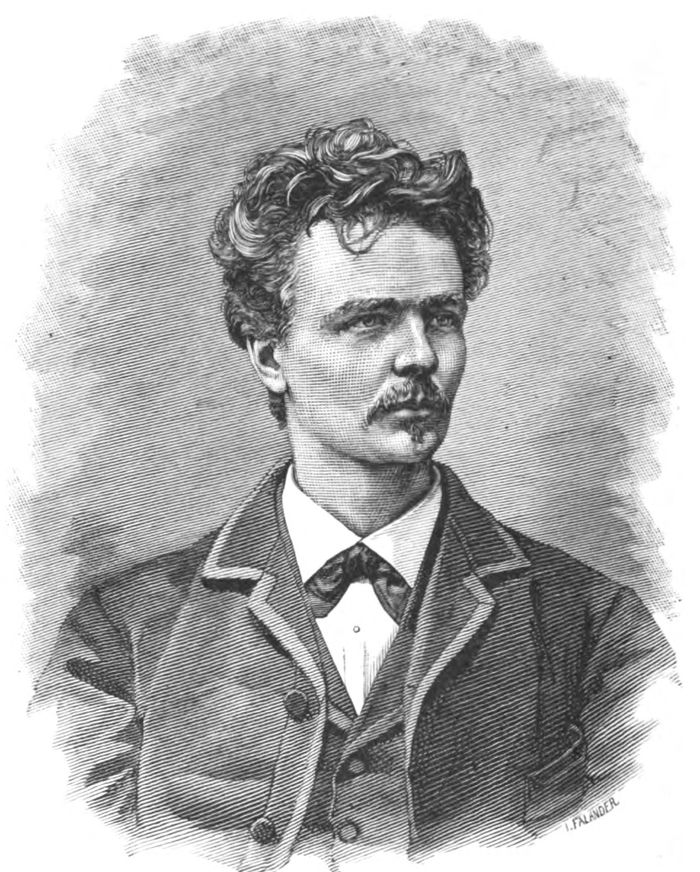 Then the young husband went marketing again. He bought strawberries—at a bargain, of course.

“Just fancy,” he triumphantly exclaimed to his housewife, “a pint of these large strawberries for a krone and a half, at this time of year!”

“Oh, but Gustaf dear, we can`t afford that sort of thing!”

“Never mind, darling; I have arranged for some extra work.”

“But what about our debts?”

“Debts? Why, I`m going to make a big loan, and pay them all off at once that way.”

“No matter if it does. It will be a respite, you know. But why discuss such unpleasant things? What capital strawberries, eh, dear? And don`t you think a glass of sherry would go well now after the strawberries?”

Upon which the servant was sent out for a bottle of sherry—the best, naturally.

When Falk`s wife awoke from her afternoon nap on the sofa that day, she apologetically reverted to the subject of debt. She hoped he would not be angry at what she had to say. Angry? No, of course not. What was it? Did she want some money for the house? Louise explained :

“The grocer has not been paid, the butcher has threatened us, and the livery-stable man also insists on having his bill settled.”

“Is that all?” replied the assistant councilor. “They shall be paid at once—to-morrow—every farthing. But let`s think of something else. How would you like to go out for a little drive to the park? You`d rather not take a carriage? All right, then, there`s the tramway; that will take us to the park.”

So they went to the park, and they had dinner in a private room at the Alhambra Restaurant. It was great fun, too, because the people in the general dining-room thought they were a frisky young pair of lovers. This idea amused Gustaf, though Louise seemed a trifle depressed, especially when she saw the bill. They could have had a good deal at home for that amount.

The months go by, and now arises the need for actual preparation— a cradle, infant`s clothing, and So forth.

Falk has no easy time raising the money. The livery-stable man and the grocer refuse further credit, for they, too, have families to feed. What shocking materialism!

At length the eventful day arrives. Gustaf must secure a nurse, and even while holding his new-born daughter in his arms is called out to pacify his creditors. The fresh responsibilities weigh heavily upon him; he almost breaks down under the strain. He succeeds, it is true, in getting some translation to do, but how can he perform the work when at every touch and turn he is obliged to run errands? In this frame of mind he appeals to his father-in-law for help. The old gentleman receives him coldly: