“I will help you this once, but not again. I have little enough myself, and you are not my only child.”

Delicacies must be provided for the mother, chicken and expensive wine. And the nurse has to be paid.

Fortunately, Falk’s wife is soon on her feet again. She is like a girl once more, with a slender figure. Her pallor is quite becoming. Louise’s father talks seriously to his son-in-law, however:

“Now, no more children, if you please, unless you want to be ruined.”

For a brief space the junior Falk family continued to live on love and increasing debts. But one day bankruptcy knocked at the door. The seizure of the household effects was threatened. Then the old man came and took away Louise and her child, and as they rode off in a cab he made the bitter reflection that he had lent his girl to a young man, who had given her back after a year, dishonored. Louise would willingly have stayed with Gustaf, but there was nothing more to subsist upon. He remained behind, looking on while the bailiffs—those men with the sticks—denuded the flat of everything, furniture, bedding, crockery, cutlery, kitchen utensils, until it was stripped bare.

Proofreader on a newspaper

Now began real life for Gustaf. He managed to get a position as proofreader on a newspaper which was published in the morning, so that he had to work at his desk for several hours each night. As he had not actually been declared a bankrupt, he was allowed to keep his place in the government service, although he could hope for no more promotion.

His father-in-law made the concession of letting him see his wife and child on Sundays, but he was never permitted to be alone with them. When he left, in the evening, to go to the newspaper office, they would accompany him to the gate, and he would depart in utter humiliation of soul. It might take him perhaps twenty years to pay off all his obligations. And then—yes, what then? Could he then support his wife and child? No, probably not. If, in the meantime, his father- in-law should die, they would be left without a home. So he must be thankful even to the hard-hearted old man who had so cruelly separated them.

Ah, yes, human life itself is indeed hard and cruel! The beasts of the field find maintenance easily enough, while of all created beings man alone must toil and spin. It is a shame, yes, it is a crying shame,

I hat in this life everybody is not provided with gratuitous partridges and strawberries. 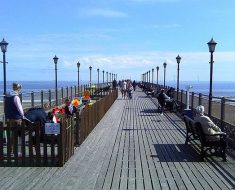 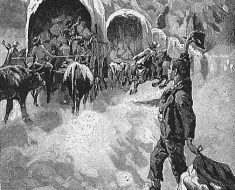