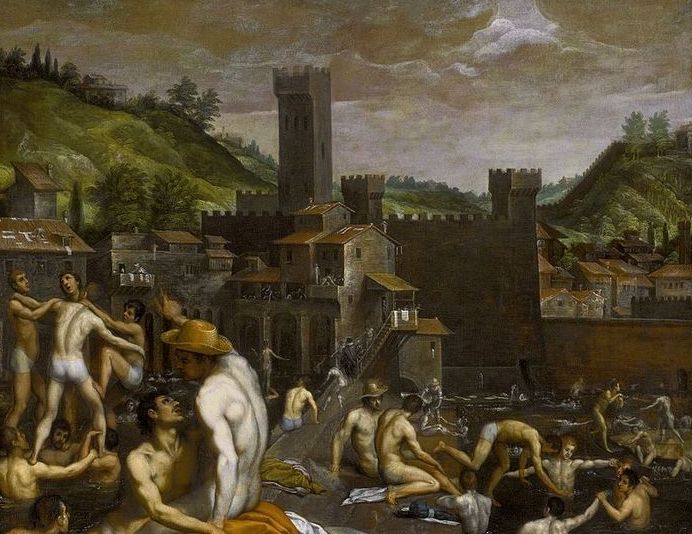 Seventeen or at last two centuries there has been a continuous and at times A brilliant literary activity in the land of Sophocles, and the work of the Nineteenth Century, both in quantity and quality, compares favorably with that of the other Balkan states. But even the Greeks themselves admit that it is scarcely possible to regard the modern writers without thinking of the ancient past, and that this past is in many respects a serious handicap to the development of a wholly new and original tradition.

The Nineteenth Century Greeks have taken the short story and made it the chief vehicle of their life and thought. This may be accounted for by the fact that the form is primarily a modern product, little used by the ancients, and consequently offered a free field to the writer who sought to express himself with more or less originality.

Most of the Greek story writers are chiefly concerned with the life of their own day and their own land.

Foremost of all the modern Greeks is Bikelas, who is known by all readers of the language and beloved as the author of numerous tales and stories -of Greek life. Papadiamantis, Moraitidis, Vlahos, Bikelas, Rados, Anninos and Xenopoulos are among the best writers of the past half-century.

Bikelas was born at Hermopolis on the Island of Syra in 1835. He began writing as a young man, and in spite of a long residence abroad as a business man, he continued his literary work. He wrote verse and prose, and made several translations of classic works. In 1879 he published his first story, Loukis Laros, which was widely popular, both among the Greeks and abroad. Bikelas` stories are characteristically Greek, though the writer`s wide acquaintance with other literatures is evident.

The Priest`s Tale, translated by L. E. Opdycke, is reprinted from Tales from the JEgean, Chicago. Copyright, 1894, by A. C. McClurg, by whose permission it is here used.

We were talking about dogs.

Dinner was just over, and the ladies had gone out on the balcony to watch the clouds reddening under the rays of the setting sun, while we still lingered over our coffee and cigars. My nephew Andrew —who does not smoke yet, or secretly if at all—was playing in a corner with his dog. Although his noisy frolic did not amuse the older people gathered around the table, or aid their peaceable digestion, nobody cared to complain, for Andrew was our host`s only son and the dog was Andrew`s favorite companion. Still, it was easy to see that we should all have been glad to be rid of the animal`s company.

Previous: Jamshid and Zuhak part 9
Next: The Priest`s Tale part 2