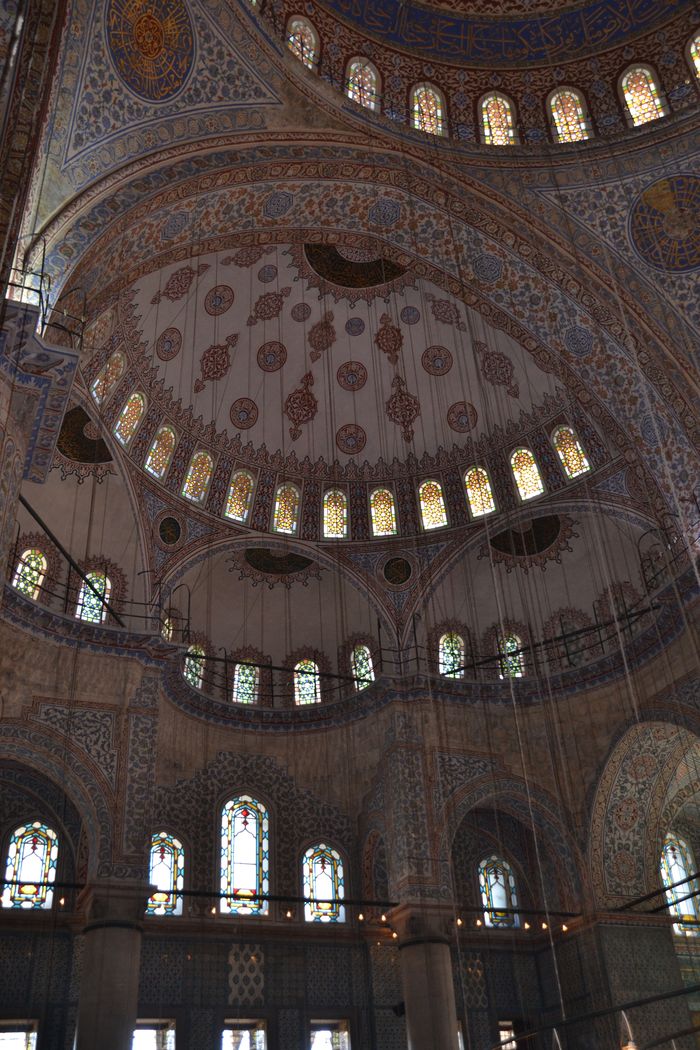 Directly the Sultan, Chtziasthlan, received the news sent him by the Emperor, he at once set to work, and started on the road to Tzachas with his whole army. For such are all the barbarians ever ready for massacre and war. As the Sultan drew nigh, Tzachas felt very helpless, for he saw foes advancing against him by land and sea, whereas he had not a boat anywhere, for the ships he was building were not yet fitted out, and his forces were insufficient for fighting both against a Roman army and that of his kinsman, the Sultan Clitziasthlan. He was also afraid of the inhabitants and garrison of Abydos, and therefore judged it wise to interview the Sultan, not knowing of the intrigue started against him by the Emperor.

The Sultan on beholding him shewed him a cheerful countenance and received him graciously and had a table set before him according to custom, supped with him and obliged Tzachas to drink somewhat too hard. When he saw that the latter was full of wine, he drew his sword and drove it into his side. Thus Tzachas fell dead where he sat; and the Sultan sent an embassy to the Emperor to arrange peace for the future. And he did not fail to secure his aim. The Emperor consented to his request and, after the terms of peace had been completed in the customary manner, calm was restored in all the maritime provinces.

IV The Emperor had scarcely been relieved of these anxieties, and had not cleared off all the ill-effects caused by Tzachas (for though he was not always present in person, yet he participated and co-operated in all the arrangements and difficulties), before he was hurried into another war.

Since the destruction of the Scythians

For now Bolcanus (who ruled over the whole of Dalmatia, and was active in speech and in deed) marched out of his own borders and proceeded to devastate the towns and lands around and actually seized Lipenium itself, set fire to it and burned it down-this was when the sun had twice completed its circuit since the destruction of the Scythians. On receipt of these tidings the Emperor thought them unbearable, so gathered together a considerable army and marched to meet the Serbians along the direct road to Lipenium (this is a small fort lying at the foot of the Zygum, which separates Dalmatia from our territory).

He wished if possible to encounter Bolcanus and engage him in a pitched battle and afterwards, if God granted him victory, to rebuild Lipenium and the other forts and restore things to their former state. But Bolcanus, hearing of the Emperor’s advent, moved away from there and occupied Sphentzanium, which is a fort situated above the Zygum, just mentioned, in the borderland between the Roman boundaries and Dalmatia.